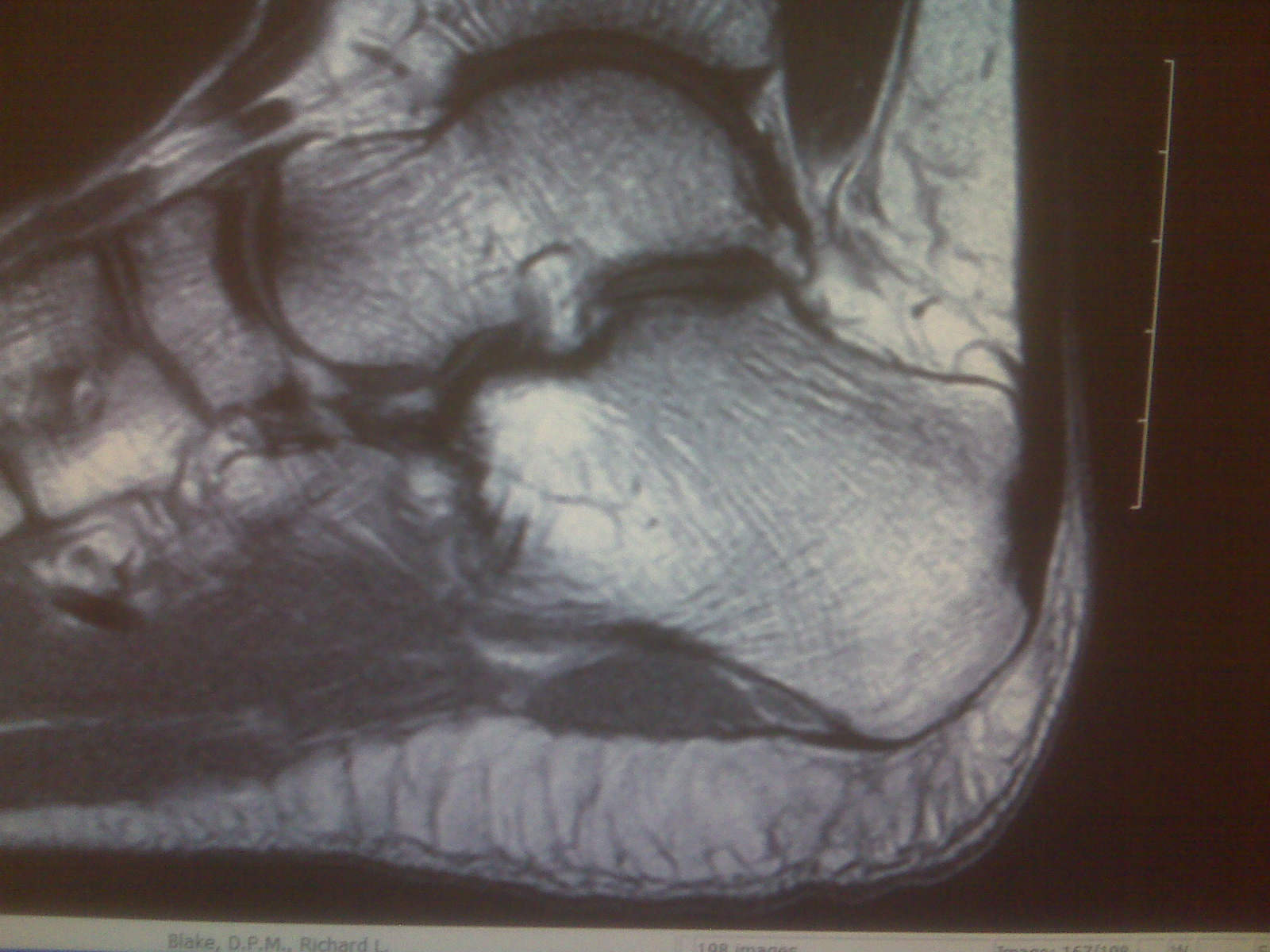 Morton?s Neuroma is a pathological condition of the common digital nerve in the foot, most frequently between the third and fourth metatarsals (third inter-metatarsal space). The nerve sheath becomes abnormally thickened with fibrous (scar) tissue and the nerve fibres eventually deteriorate.This condition is named for the American surgeon, Thomas George Morton (1835-1903), who first recognised the condition in 1876. Incidentally his father was the dentist who discovered the anaesthetics; initially Nitrous oxide, the very gas used today in cryosurgery for the condition his son lent his name to? Morton?s neuroma.

It's not always clear what causes Morton's neuroma, but several things seem to aggravate it. These include other foot-related problems and wearing restrictive footwear. It's thought that Morton's neuroma may be caused by the toe bones (metatarsal bones) pressing against the nerve when the gap between the bones is narrow. This causes the nerve and surrounding tissue to thicken.

Outward signs of Morton's neuroma, such as a lump, are extremely rare. Morton's neuroma signs and symptoms, which usually occur unexpectedly and tend to worsen over time, include, pain on weight bearing (while walking) - a shooting pain affecting the contiguous halves of two toes, which may be felt after only a short time (of weight bearing). Sometimes there may be a dull pain rather than a sharp one. Most commonly, pain is felt between the third and fourth toes. Typically, a patient will suddenly experience pain while walking and will have to stop and remove their shoe. Burning. Numbness. Parasthesia, tingling, pricking, or numbness with no apparent long-term physical effect. Commonly known as pins-and-needles. A sensation that something is inside the ball of the foot.

To arrive at a diagnosis, the foot and ankle surgeon will obtain a thorough history of your symptoms and examine your foot. During the physical examination, the doctor attempts to reproduce your symptoms by manipulating your foot. Other tests or imaging studies may be performed. The best time to see your foot and ankle surgeon is early in the development of symptoms. Early diagnosis of a Morton?s neuroma greatly lessens the need for more invasive treatments and may avoid surgery.

Conservative treatment involves a reduction in the inflammation and removing the impingement factor. Reduction in inflammation is achieved via rest, elevation, ice, and massage with anti-inflammatory gels. Removing foot wear and and/r wearing broad type footwear would also help. Injection therapy is useful in reducing symptoms but not very successful in providing long term relief. The only time when it is most appropriate is when the cause of the space occupying object is not a neuroma but an inflamed bursa. Injection would help to relieve symptoms, and often cortisone is not even necessary.

If conservative treatment does not relieve your symptoms, your orthopaedic surgeon may discuss surgical treatment options with you. Surgery can resect a small portion of the nerve or release the tissue around the nerve, and generally involves a short recovery period.
« Leg Length Discrepancy Surgical Treatme… Hammer Toe Relief With No Surgery »
Profile

Login to quote this blog

You cannot quote because this article is private.